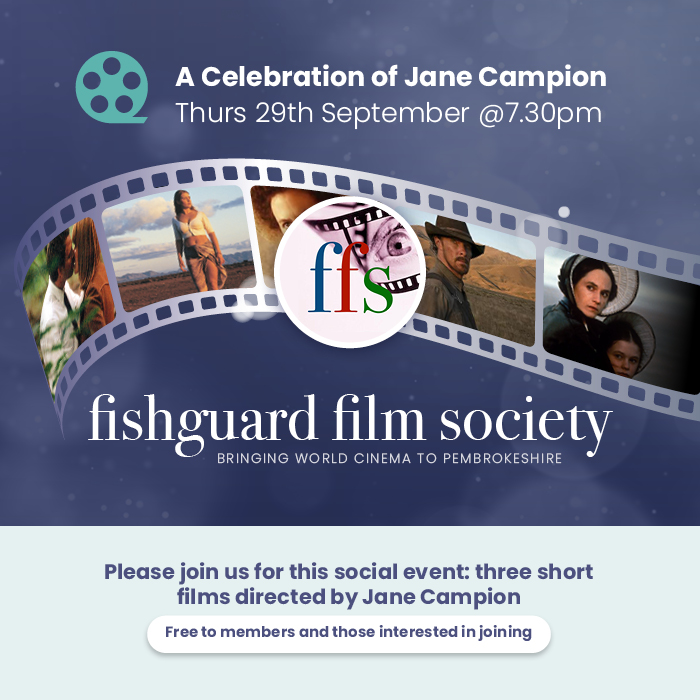 Please join us for this social event: three short films directed by Jane Campion – Free to members and those interested in joining

PEEL: a father, his son, and sister grow increasingly hostile toward one another after an orange peel is tossed out of a car window. Winner of the Cannes Film Festival’s
Palme d’Or for Best Short Film in 1986.

PASSIONLESS MOMENTS: a narrator recounts a series of brief, droll vignettes around a neighbourhood in Sydney.

A GIRL’S OWN STORY:  the disquieting familial and social encounters of three adolescent girls in 1960s Australia.

Ein Hanes Talk – The Growth of Fishguard 1800 to 2020
Wildcat
Till
Fluellen Theatre Company, Much Ado About Nothing
Enys Men