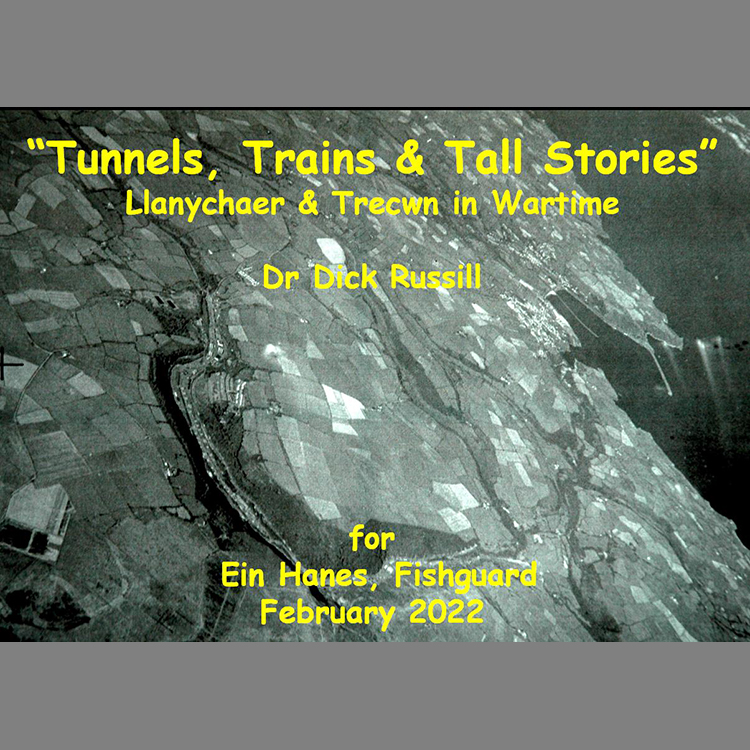 Hidden in a beautiful North Pembrokeshire glacial meltwater valley is one of the county’s biggest secrets: Trecwn and it’s Tunnels, Trains and Tall Stories. Dick Russill tells the story of the Trecwn valley before, during and after World War 2 … including the amazing project which created what was the largest armaments depot in the British Empire. Some of the valley’s secrets will be revealed, but there remains enough tantalising mystery to keep the conspiracy theories going!

Gossip Sing!
FFS Members Evening
Once You Know
TAD THE LOST EXPLORER & THE CURSE OF THE MUMMY
THREE THOUSAND YEARS OF LONGING