The Last Invasion and Conquest 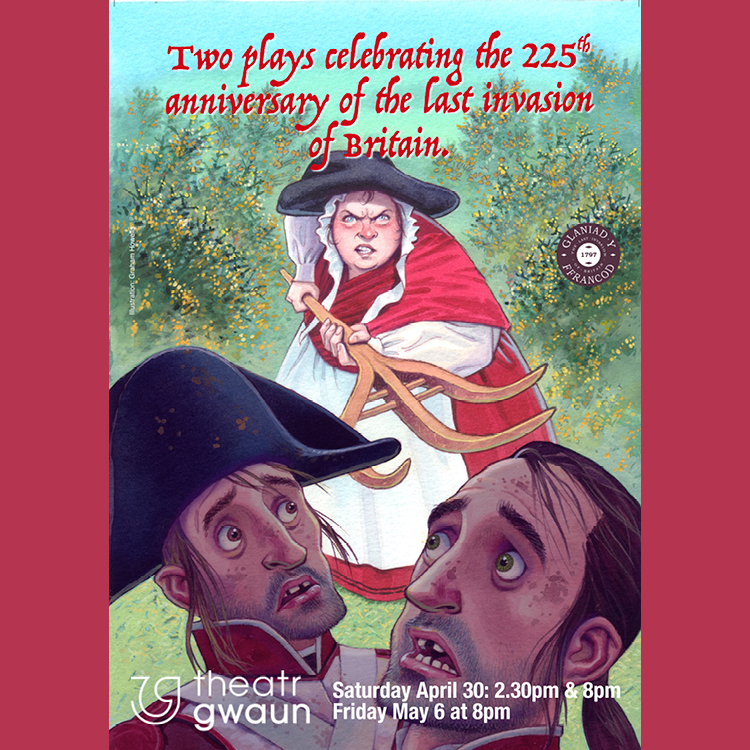 Conquest of the World written by Rob Taylor

Both plays are directed by Derek Webb

2022 is the 225th anniversary of the Last Invasion of Britain in 1797. And to celebrate, the Fishguard Invasion Centre Trust has arranged a series of talks and events, including these two plays specially performed at Theatr Gwaun.

Conquest of the World is a comedy based loosely on the facts!