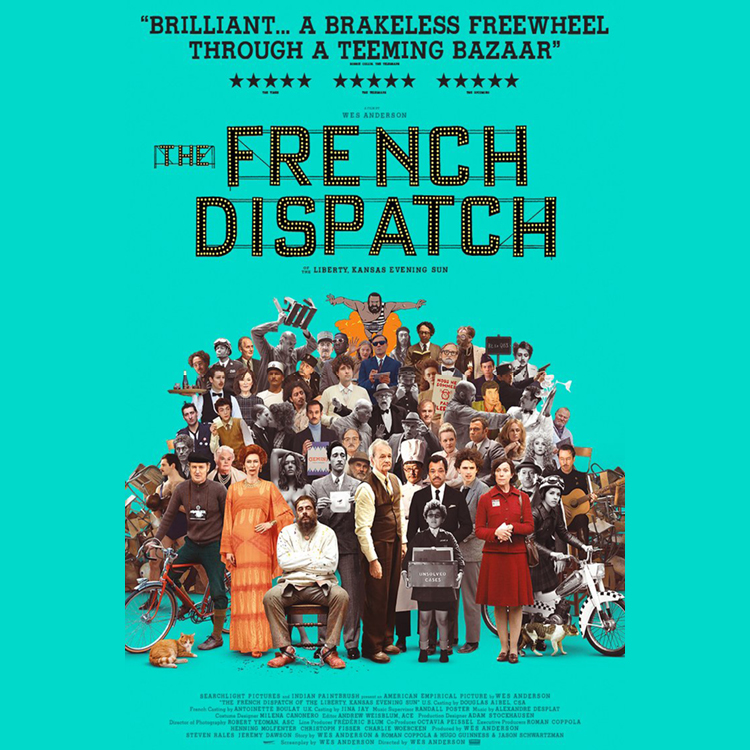 The film has been described as ‘a love letter to journalists’ set at an outpost of an American newspaper in a fictional 20th-century French city. It centres on three stories and brings to life a collection of tales published in the eponymous The French Dispatch, based in the fictional French city of Ennui-sur-Blasé. “Amazing visuals, lots of laughs and an A-list cast – including Bill Murray – make Anderson’s tribute to the New Yorker a real treat” – Peter Bradshaw, The Guardian.