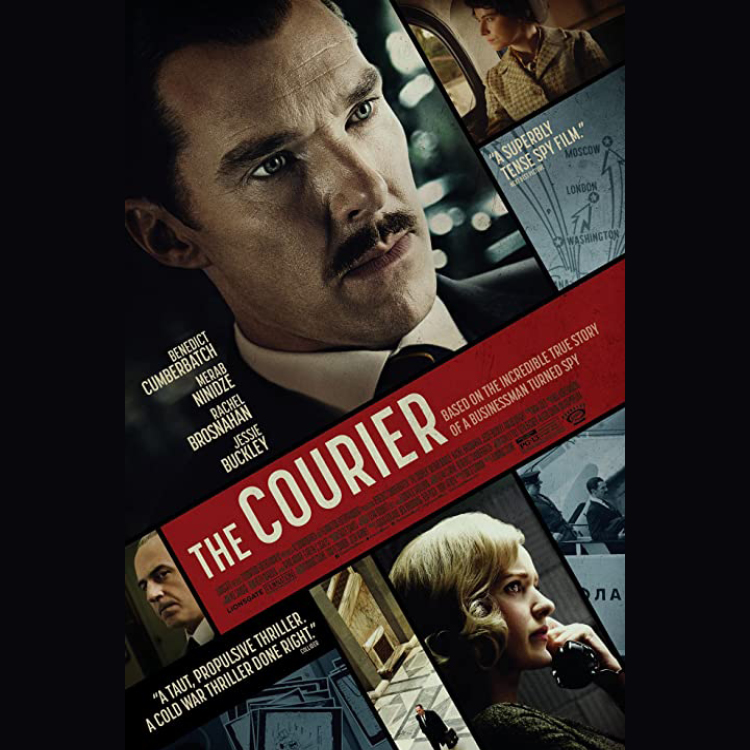 The Courier is an historical spy film, telling the true story of Greville Wynne, a British businessman who helped MI6 penetrate the Soviet nuclear programme during the Cold War. He who was recruited by the Secret Intelligence Service to deliver messages to secret agent Oleg Penkovsky in the 1960s, starring Benedict Cumberbatch, Rachel Brosnahan, Jessie Buckley, and Angus Wright .