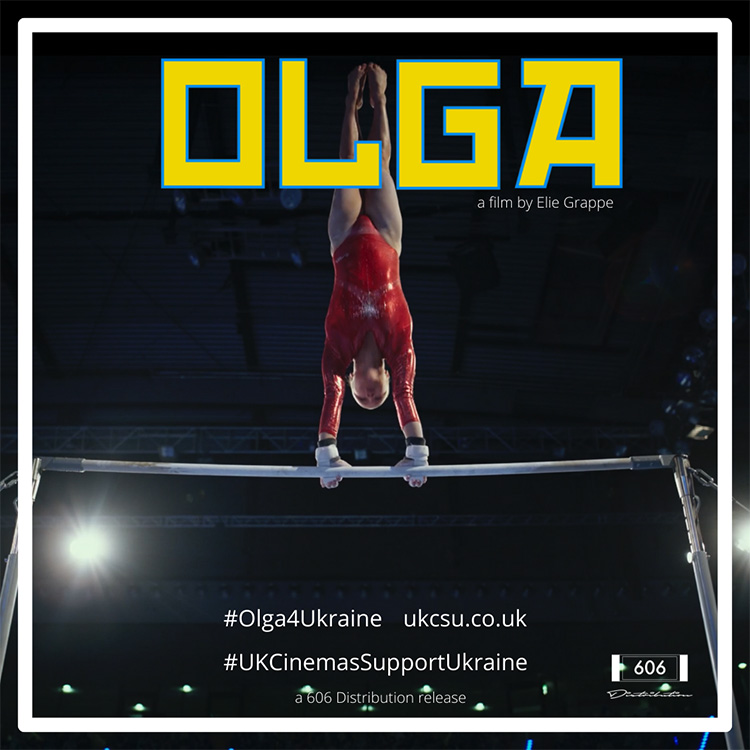 Olga is a teenage Ukrainian gymnast, training for the European Championship in preparation for the Olympics. Exiled in Switzerland from Kyiv during the Euromaidan Revolution in 2014, she becomes anxious for her family, especially her mother, who works as an investigative journalist reporting on the revolt.

From each ticket sold, a donation will be made to support Ukraine via the Disasters Emergency Committee.
In partnership with the BFI and 606 Distribution:
UK Cinemas in support of Ukraine