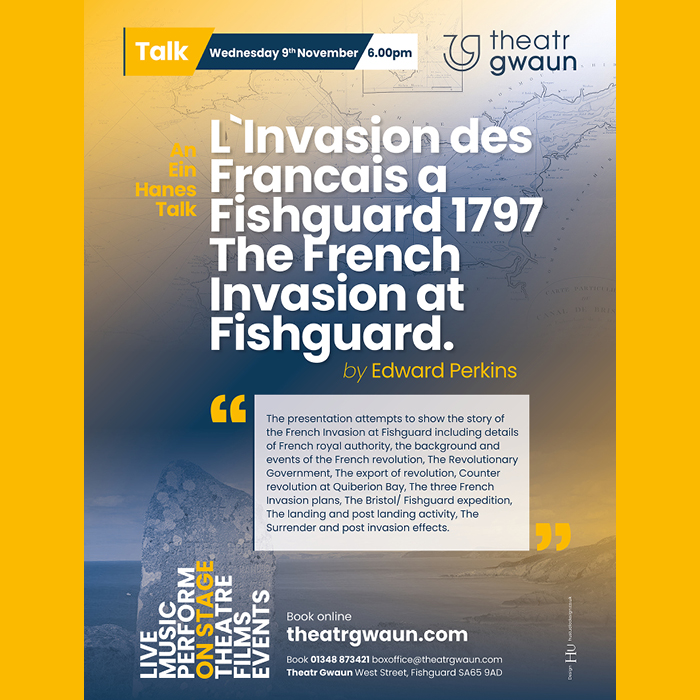 The presentation attempts to show the story of the French Invasion at Fishguard including details of French royal authority, the background and events of the French revolution, The Revolutionary Government, The export of revolution, Counter revolution at Quiberion Bay, The three French Invasion plans, The Bristol/ Fishguard expedition, The landing and post landing activity, The Surrender and post invasion effects.