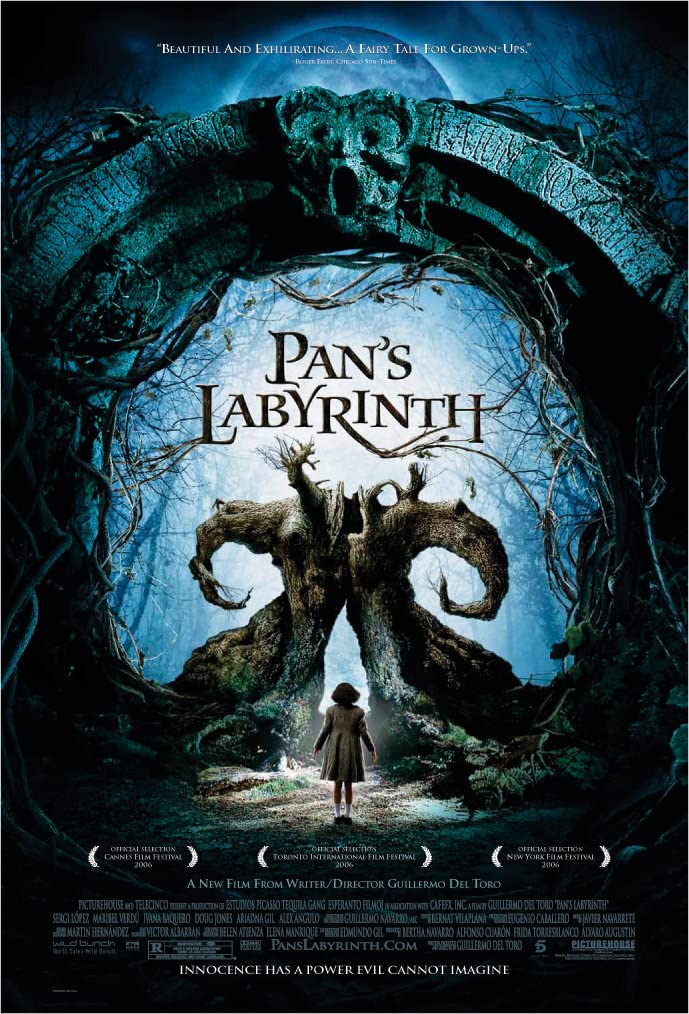 In 1944 Falangist Spain, a girl, fascinated with fairy-tales, is sent along with her pregnant mother to live with her new stepfather, a ruthless captain of the Spanish army. During the night, she meets a fairy who takes her to an old faun in the center of the labyrinth. He tells her she’s a princess, but must prove her royalty by surviving three gruesome tasks. An epic, poetic vision where the grim realities of fascist Spain are mirrored in an astral underworld of incredible imagination. The imagery and animation are bewitching with some scenes alone worthy of admission price; the talents of Guillermo Del Toro the director and Alfonso Cuaron the producer match up very well.